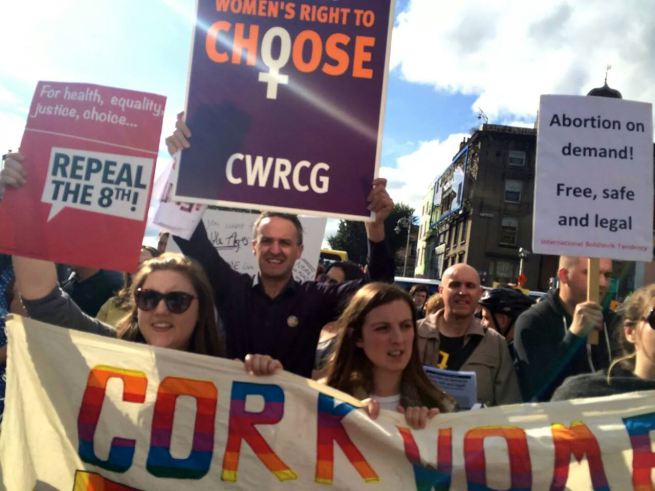 The horrific 2012 case of a young immigrant rape victim, now known as “Ms Y,” who was refused an abortion when suicidal and was eventually forced to a premature caesarean birth at 24 weeks, starkly highlights Ireland’s reactionary abortion laws, including last year’s Protection of Life During Pregnancy Act. In “After the X-Case Legislation,” we argued that this law “codifies an explicitly anti-choice position and was correctly opposed by many abortion rights activists.” The situation has not changed in any significant way since then; nothing less than the total decriminalization of abortion in Ireland can prevent similar tragedies occurring in the future. A real right to choose means abortion must not only be legal but free and safe and available when the woman demands it.

The slogan “free, safe and legal” was prominent on the Third Annual March for Choice in Dublin on 27 September. It was a loud, angry and militant protest in which the IBT marched to the Dail with thousands of other pro-choice supporters to call for the repeal of the Eighth Amendment of the Irish constitution.

While revolutionaries call to remove the misogynous Eighth Amendment, which gives the life of the fetus equal value to that of the pregnant woman, we do not stop there. A conference in early September, called to launch the “Coalition to Repeal the Eighth Amendment,” revealed a variety of different perspectives within the Irish pro-choice movement. Some speakers argued for a “realistic” approach, presenting various potential compromises for filling the legal vacuum after a successful repeal of the amendment and implicitly accepting that any change must necessarily include some restrictions on a woman’s right to control her own fertility. Others, including a supporter of the IBT, spoke in favor of openly arguing for a woman’s right to choose if and when she has an abortion. Legal change is only part of the battle. Even if the amendment is repealed and abortion decriminalized, women would still face resistance from reactionaries among medical professionals and a hospital system dominated by the Catholic Church.

Socialists advocate a fight for abortion facilities to be widely and freely available to ensure that genuine choice is not undermined by lack of provision. Yet the manner in which all of this is resolved will depend on mass mobilization to challenge the Irish state and the intertwined hierarchy of the church, and on a political struggle within the movement to repeal the Eighth Amendment. As we argue in “After the X-Case Legislation,” distributed on the March for Choice, a strategy based on legal change alone cannot secure a real right to choose for all Irish women. Ultimately, only the successful overturn of capitalism led by a revolutionary workers party offers a perspective of securing women’s rights once and for all.